The C-56 Wreck (Juan Escutia), is a minesweeper from World War II which was sunk in 2000, and now lies on the sand at 30 meters. The wreck itself is quite impressive with its cannon smugly placed on the bow and the bridge watching over it.

Every dive on the C-56 is an experience. The last time I dove there, the currents were ripping on the anchor line as we swam down to the looming shadow of the wreck down below.

Reaching the opening in the deck at the bow of the ship, we carefully wiggled ourselves into the room below, one at a time. A closely followed fixed line indicated our entry point and in case of emergency would allow us to find the way out again. 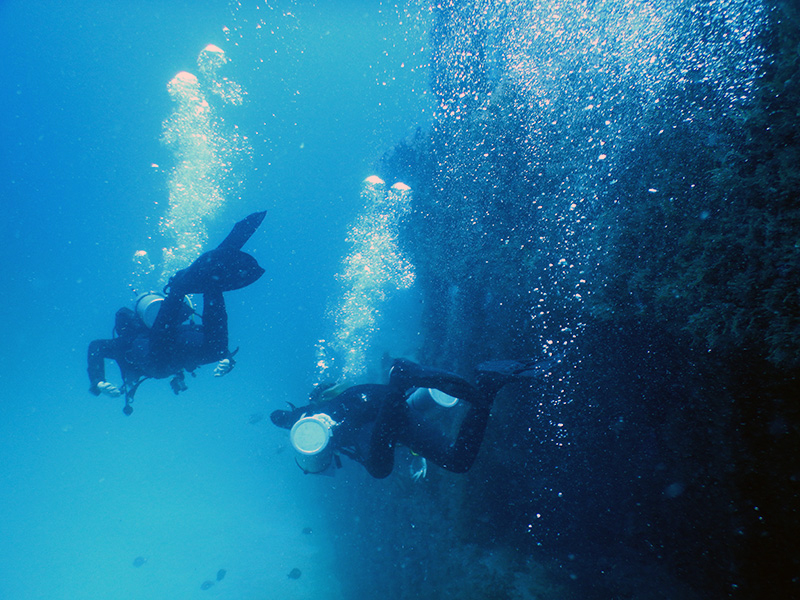 An elegant tour of the ships insides, passing the engine room, brought us to the stern of the wreck – my favourite part of the dive. 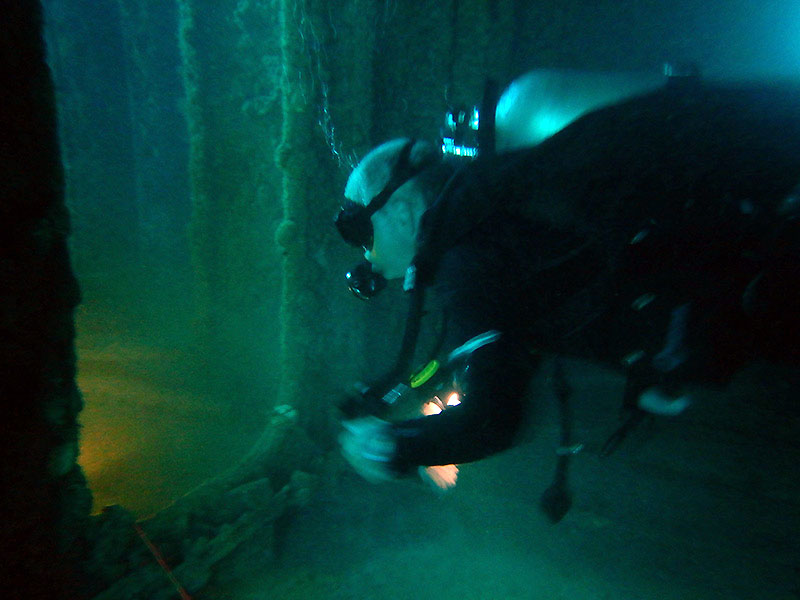 As a marine biologist, my passion for diving started by wanted to see the life below the sea – and at the stern, an old, giant resident barracuda seems to be greeting us with its ugly smile.

We slowly ascend to the upper deck as three eagle rays fly gracefully over our heads. We are the only divers on the site so far and the creatures almost seem intrigued. They circle our area before swimming away from the wreck into the blue. Everyone is elated as we do our safety stop, before surfacing and leaving the fish in peace below us.

The Author: Kira is a PADI MSDT, Full Cave Diver and holds an M.Sc in Marine conservation and Biodiversity.

El Pit (the Pit) is a very deep and large beautiful Cenote that offers one of the most amazing ambiance ...

The Tajma Ha dive site will lead you past four cenotes with amazing sunlight beams.

Spectacular dive site with a magical hydrogen sulfate layer looking like a cloud with a forest reaching through.

Cenote Carwash is a very popular site among divers as well as snorkelers. Its name comes from taxi drivers who ...

Though the drive to Dreamgate cenote is a long and bumpy one, reaching there would feel nice and peaceful if ...

Calavera is an interesting cenote. From the top, it looks like a skull (hence its name) with two smaller holes ...

Diving Casa Cenote (also known as Cenote Manati) feels like being under the jungle!

Garden of Eden is a truly appropriate name for this idyllic dive spot!