Been traveling in Townsville? Please Vote!

It'd be great to hear about your experience!
Please let us know about hotels, activities, best season, etc.

Townsville is well-known for its remarkable dive sites, but its fame rests mainly on the adjacent 100-year-old shipwreck of SS Yongola, a freight steamer that sank in 1911 which was found here in 1958. The dive spot has since been a big attraction for wreck divers.

Townsville location near the Great Barrier reef makes it a scuba divers’ paradise and an excellent get away to liveaboards trips.

Plan your next dive trip to Townsville with the following travel tips and advices.

Townsville is a city located on the north-eastern coast of Queensland, Australia near the Great Barrier Reef on the shores of Cleveland Bay. It is located 350 km (220 miles) south of Cairns and 1,350km (840 miles) north of Brisbane.

Appart from the diving other attractions are the city’s entertainment, the adjacent Magnetic Island, the nearby pristing rainforests featuring a rich range of birds and wildlife, and the remote Outback with its unique attractions.

Magnetic Island (World Heritage) is a mountainous island situated about 8 km offshore of Townsville. It is 52 km2 in size and can be reached at the end of a 30 minute ferry ride from the mainland. It has a large bird sanctuary and there are available activities such as snorkelling, swimming, hiking and fishing. The population on the island is sparse. There is a part of the beach known as Balding Bay where nudists converge, even though it is not officially recognized as a place where people can strip.

The Reef Head Quarter Aquarium, formerly known as Great Barrier Reef Wonderland Aquarium, is the National Education Centre for the Great Barrier Reef Marine Park Authority in Townsville. It is one of the world’s largest aquariums of living corals and is situated within walking distance of the ferry terminal of Magnetic Island.

Here you can see shoals of fishes sliding all over the corals, turtles ambling along majestically, and brightly-coloured clown fish playing hide and seek among the stinging tentacles of sea anemones.

Entertainment at The Strand

The Strand is a 2.5 km long beachfront park in Townsville. It is an entertainment microcosm with facilities for fishing, swimming, surfing, water sports etc, and playgrounds and parks for children. There are hotels and restaurants and even a casino for those who are in need of it. Tourists and locals alike frequent The Strand.

Located in the dry, tropical area of Queensland (Australia), the city has no winter worth its name, and the sun shins at least for 10 months a year, making it an appealling place to divers and sunbathers alike.

The best time to visit Townsville is between May and September. Because of the tropical climate, days are warm even from May to September but evenings are cool to the extent that you will need some warm clothing.

Best Season to Dive in Townsville

Although diving is all year round, the Humpback Whales diving season occurs during the winter months (June till September).

Where to stay in Townsville?

Townsville offers tourists plenty of accommodation choices. The Strand Waterfront has luxury apartment complexes with all facilities. At Mission Beach, which is further north, there are more rustic accommodations that blend well with nature.

Bedarra Island features an luxury tropical resort with secluded villas and pavillions. The dive centre offers scheduled scuba diving and snorkeling trips to the nearby and outer reefs including the Great Barrier Reef (via Dunk Island).

The Orpheus Island Resort is an luxury 5* accommodation located on Orpheus Island National Park, a jungle paradise located 80km north of Townsville. The dive centre will arrange a wide range of excursions and dive trips.

How to get to Townsville?

There is air service to Townsville from many cities of Australia like Sydney, Gold Coast, Melbourne, Brisbane, Rockhampton, Mackay etc. Airlines like Virgin, Jetstar, and Qantas operate in these routes. There are also smaller services that connect Townsville to regional centres like Mt Isa.

Townsville is considered the de facto capital of the northern part of Queensland and is well connected by roads. Driving time from Mackay (an important city in Queensland) to Townsville is less than four and a half hours. From Cairns the driving time will be five or ten minutes less.

The Queensland Rail operates from Brisbane, Cairns and along the Queensland’s east coast. 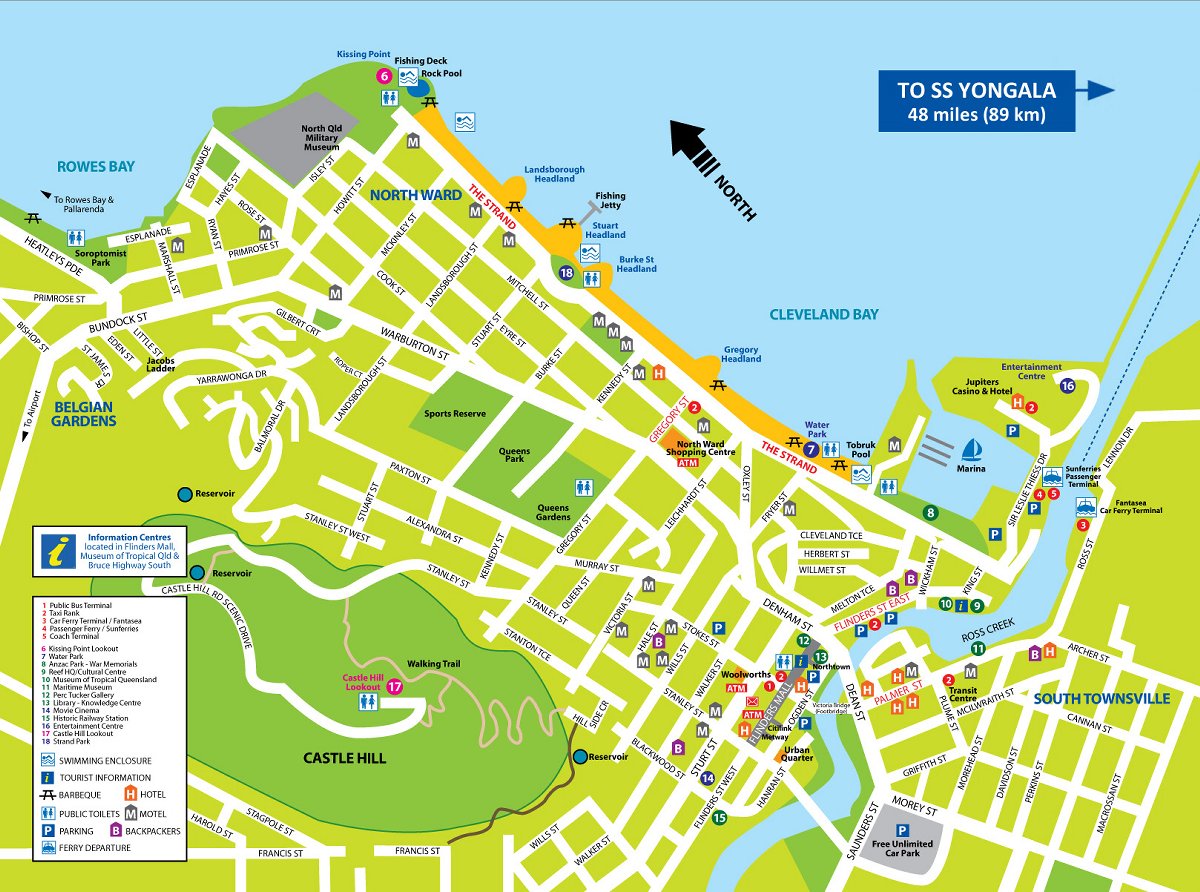 How to get around Townsville?

THe city has no shortage of transportation options including the Sunbus local bus services and taxis.

From the airport, there is an Airport Shuttle Bus which will bring you to the city center.

Check out our Townsville scuba diving reviews and start planning your next dive trip!