Been diving in Lankayan? Please Vote!

Situated in Sulu Sea, Lankayan is considered as an ideal diving destination which is just a 30 minutes boat ride away from Sandakan.  Discovering a wide variety of marine life in this tropical paradise is quite common. Lankayan also has some ship wrecks, which means they have something to offer to all divers. Lankayan also has a lot of diving sites in its vicinity; such as, Malu Malu, Channel Group, South Rock, Lycia’s garden, Bimbo Rock, South Point, And & Ant, Reef 77, Pegasa Reef, Lost Reef, Moray, Reef, Billy’s Reef, Mel’s Rock, East Reef, Ricky Reef, East Ridge, and  Ken’s Rock. Most of these reef diving sites are shallow, with a visibility ranging between 5 and 20 meters. Undoubtedly, the macro marine life found here are worth seeing, while occasionally something larger may also be encountered. 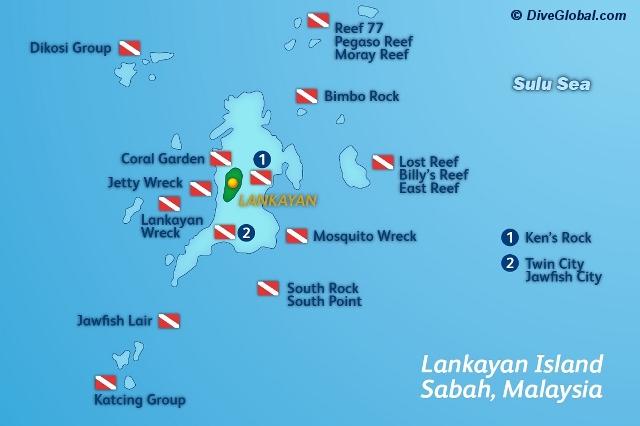